Greece is a land of history and culture and has many sites included in the UNESCO World Heritage List. These are the 10 most famous sites in Greece per region that one must visit at least once in a lifetime.

The Acropolis of Athens is a rocky hill 156 m high from the sea level and about 70 m from the level of the city. The hill is inaccessible on all sides except the west, where the fortified entrance is located. Parthenon temple, the most recognizable temple of antiquity is built on top of this hill.

2. Monastery of Daphni
The Monastery of Daphni was founded in the 6th century on the ruins of the temple of Daphne Apollo. Some Ionic style columns of the ancient temple were used again. Only one has been rescued today, while the rest have been flown to London by Lord Elgin.

The sanctuary of Delphi is the most famous oracle of ancient Greece located at the foot of Mount Parnassos, between two rocks. According to mythology, Jupiter sent two eagles from the ends of the earth to find the center of the universe. The eagles met in Delphi and for many centuries this site was the spiritual and religious center of ancient Hellenism.

The monastery of Saint Luke (Osios Loukas) is perhaps the most important monument of the mid-Byzantine era in Greece. It is a large building complex, whose oldest buildings date back to the 10th century and the newest to the early 20th.

Meteora is a large monastic ensemble in Greece. The monasteries of Meteora were in total thirty of which six still operate today. Most of them were founded in the 14th century. In 1989 Unesco inscribed Meteora on the World Heritage List as a cultural and natural asset of particular importance.

The founding of Mystras is connected with the first conquest of Constantinople by the Crusaders of the Fourth Crusade in 1204. The castle is the core of the later castle city of Mystras, one of the most important late Byzantine cities. In 1989 Mystras was registered as a cultural asset in the list of World Cultural Heritage.

7. Ancient Olympia
Olympia was established in Greece as the most important religious and sports center. Here were born the most important games of ancient Greece, the Olympics, which took place every four years in honor of Zeus. The beginning of the cult and the mythical confrontations that took place in Olympia is lost in the depths of the centuries. Olympia is one of the most famous Greek sites as the lighting of the Olympic flame ceremony still takes place here every four years.

During the second millennium BC, Mycenae was one of the greatest centers of Greek culture, constituting a powerful military fortress that dominated most of southern Greece. According to Pausanias, Perseus built Mycenae and named it either because the "mykis" (sheath) fell from his sword there or while thirsty, he found a mushroom (mykitas) and when he pulled it he saw a water source, which still exists today. 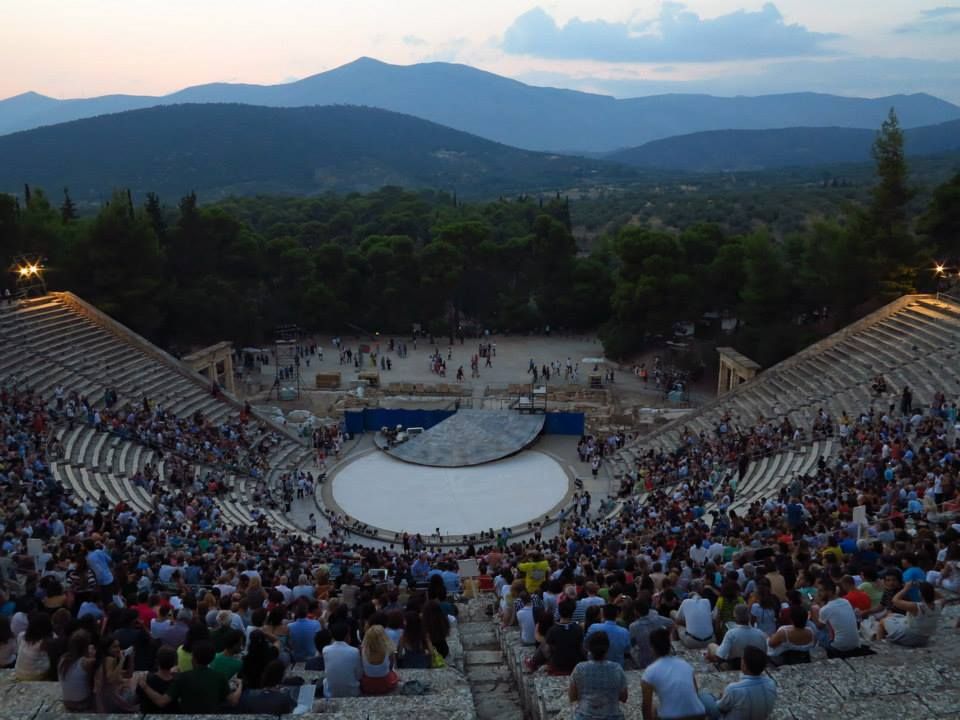 The ancient Theatre of Epidaurus is located on the southeast end of the sanctuary dedicated to the ancient Greek God of medicine, Asclepius. It is considered to be the most perfect ancient Greek theatre with regard to acoustics and aesthetics. The theater is still functional and hosts important cultural events during summer.

10. Apollo Temple
The temple of Apollo is one of the most important and imposing of antiquity. It was erected in the second half of the 5th century BC. (420-410 BC) and is attributed to Iktinos, the architect of the Parthenon. This monument, one of the best preserved of classical antiquity was the first in Greece to be declared a World Heritage Site by UNESCO in 1986.

The Mystical Ancient Oracle of Delphi, Greece
Delphi was an ancient Greek sanctuary with the most famous oracle of the world.